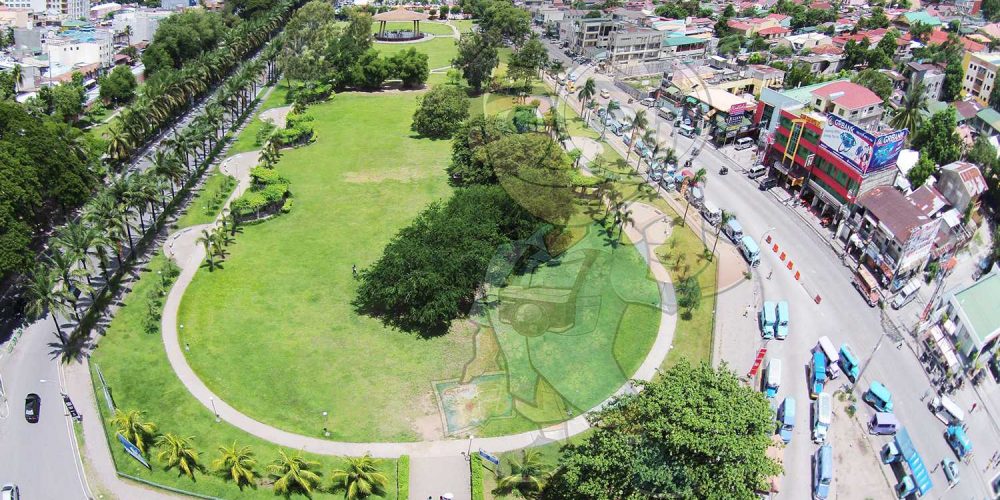 Bayanihan Park Angeles City is the reformed area of the prominent landmark, the “Salakot Arch”. It is literally the enormous version of a “salakot” (farmer’s hat) that formerly encompasses the road once you enter the gateway of Clark Air Base that is now known as Clark Freeport Economic Zone (CFEZ). Presently, the Salakot Arch is relocated inside the huge and spacious area of Bayanihan Park. It is now part of the multi-purpose recreational area of Bayanihan that is intended for public use. Even the Bayanihan Park was once named as the “Astro Park” but because of the conversion of Clark Air Base from a US base into a Philippine base, they have thought of changing the park itself to remind us that Clark Zone is now part of our territory. This famous landmark was established during the administration of former president Ferdinand Marcos in 1979. It was said that Salakot Arch was built as a memorial to the agreement of USA and the Philippines about the full autonomy of the government over all the American military bases. At this present time, the said landmark became the center of attraction ever since it was placed in Bayanihan Park. Formal and casual gatherings are held inside the park. Religious activities like Easter egg hunting and national prayer day, small concerts, beauty pageants, competitions, dog shows, and dance rehearsals are mainly the frequent events that took place inside the Bayanihan Park. It also became a haven for a lot of fitness enthusiasts and athletes because of its wide area that everyone can freely practice and perform a lot of recreational activities. Since it is situated near the SM City Clark, people usually flock here to unwind after a long shopping day. Youth hangouts, family bonding and outdoor dates are the usual scenes here. SM Food Bazaar, Daniel Spectrum Art Installation, Close Up’s Lovapalooza, and Jollibee Bee Happy Family are some of the commercial programs happened here.