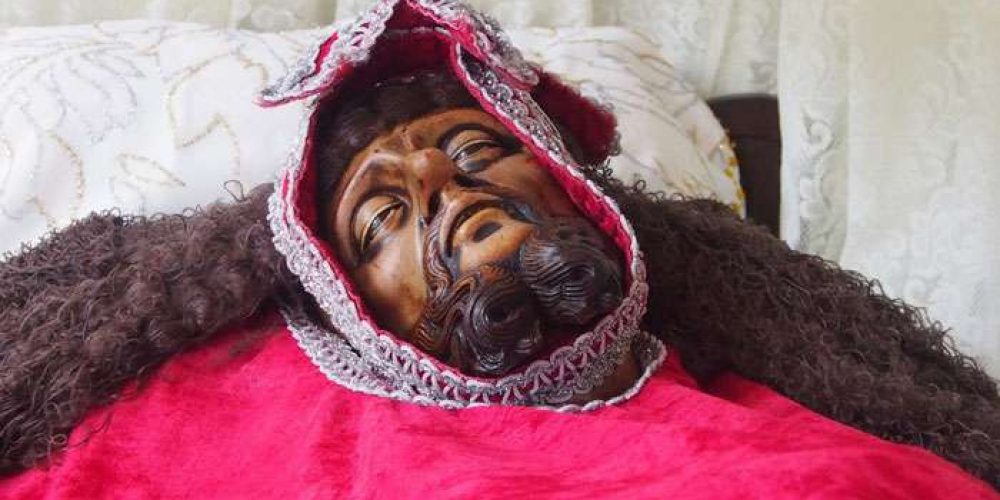 October is a special month for Angeles City, because the city celebrates three fiestas during this month: the Feast of the Holy Guardian Angels, the Pyestang La Naval and the Pyestang Apung Mamacalulu which will be celebrated this upcoming October 25. Most Angeleṅos know Apu as more of a bargain shopping. This is because during Fridays, stalls are set-up near the Apung Mamacalulu Shrine (Merciful Lord) where all sorts of items from clothes, curtains, kitchen utensils and more are sold.

Although this maybe the case, thousands of devotees still flock the shrine in Lourdes Sur, Angeles City during Friday to attend mass and pray. Devotees believe that this dead image of Christ is a symbol of hope, knowing that he resurrected to save us all from our sins and sorrows.

History Behind the Apu Mamacalulu Image

Somewhere between the years of 1828-1838, Angeles parish priest Father Macario Paras asked Buenaventura, a well-known sculptor to create the Apu Mamacalulu image. The icon was first installed inside a sanctuary in the Paras-Dayrit estate in Talimundoc (now Lourdes Sur). Since 1934 Apu (as called by the devotees) had the pious faithfully praying to the image. The image along with is carriage however was transferred to a church in (San Fernando or Mabalacat) in 1872-1887 for safe keeping because of the Philippine Revolution. It was again transferred to Sapangbato, until it was placed back in the church in 1904. During Good Friday and the town’s fiesta (October), the image was carried out for procession. But on Good Friday of 1928, a member of the Paras-Dayrit clan snatched the icon from the church, claiming that the Apu image was an heirloom passed by Fr. Paras. This incident gave rise to a law suit in 1929 between the Catholic Archbishop of Pampanga and some members of the clan. The Supreme Court however ruled in favor of the church saying that the image was a gift by Fr. Paras to the Holy Rosary Parish in Brgy. Sto. Rosario in 1872. When the original image was returned to the church, an identical image of the Apu surfaced at the Dayrit chapel. Again, the issue of the two images became a source of friction between the clan and the local parish priests. In fact, a request to hold masses in the chapel was rejected in 1933 by Manila Archbishop Miguel O’ Doherty because according to him, the chapel was not a recognized property of the Catholic Church. But still, in 1933-1984, masses were occasionally held by priests from other localities and congregations. Former San Fernando Archbishop Oscar Cruz also banned masses in the Apu chapel in 1985. After 25 years, the ban was lifted in 2010 when San Fernando Archbishop Paciano Aniceto recognized the support of the Paras-Dayrit Family to the Catholic Church. Finally, in March 2012 Archbishop Aniceto with the recommendation of Auxillary Bishop Pablo Virgilo David pronounced the Apu Mamacalulu chapel as an archdiocesan shrine. The Archbishop called the “Terra Santa of Pampanga”. 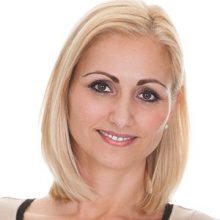 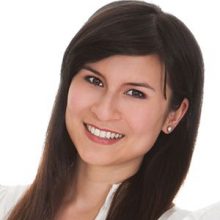 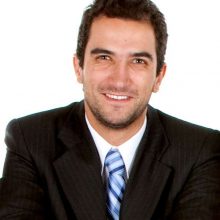 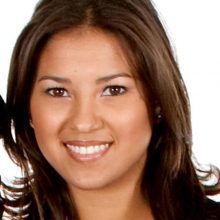 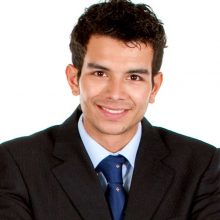